The collections of the Perot Museum were begun by the Dallas Museum of Natural History in the 1930s. With approximately 100,000 specimens currently catalogued, we continue to grow and expand the collection in support of ongoing research projects and discoveries.

Our Experts at Work

Much of the Perot Museum’s current research is based upon material collected during expeditions in Alaska, from north of the Arctic Circle on the Colville River, to areas further south in Denali National Park and Aniakchak National Monument. This work is part of joint programs among the National Park Service, the University of Alaska, the University of Kansas and Hokkaido University in Japan. It has already resulted in the discovery of two new species of dinosaur — the horned Pachyrhinosaurus perotorum and a tyrannosaur named Nanuqsaurus hoglundi — along with further discoveries yet to be made!

For several years, the Museum has collected Late Cretaceous dinosaurs from Big Bend National Park, including parts of one of the largest dinosaurs in North America, an adult Alamosaurus sanjuanensis. This specimen, along with remains of several juvenile alamosaurs and a few tyrannosaur leg bones, also collected by Museum field parties, help us paint a picture of dinosaur diversity across North America just before the mass extinction marking the end of the dinosaur era.

Our Columbian Mammoth, Ellie May

From the sand pits of Ellis County, to the Museum’s Paleo Lab at the Fair Park campus, then a long trek in pieces up to Colorado and back again, this pristine and nearly complete mammoth skeleton went on one incredible journey to find her way to a permanent home at the Perot Museum.

Affectionately named “Ellie May,” this discovery was quite an undertaking. Her discovery, preservation, mounting in Colorado, and finally, return home to Dallas is not only a story of success through the investment of our community, but also a labor of love by a hard-working Museum team. Ellie May went from being in the ground to being on display in a record-breaking 18 months.

The remarkable fossil has been preserved for scientific research and study. We hope her presence will inspire and educate the people of North Texas and beyond.

In summer 2014, an incredibly pristine and nearly complete Mammuthus columbi skeleton was excavated from a gravel pit in Ellis County.

“Ellie May” has now made her way to her new permanent home in the Rees-Jones Dynamic Earth Hall on Level 3 of the Perot Museum, where she awaits your visit!

Ellie May In the News

A Star is Born

An incredible dinosaur discovery by the Museum’s very own paleontologist stars in the 20th Century Fox movie Walking with Dinosaurs. As an expert on Arctic dinosaurs, and as the paleontologist responsible for the discovery of the Pachyrhinosaurus perotorum, the Perot Museum’s curator emeritus Dr. Anthony Fiorillo, served as a consultant for the movie. Fiorillo spent upwards of 100 hours on the project advising on the accuracy of plant and wildlife in the film, as well as participating in previews and screenings.

Much of the Perot Museum’s current research is based upon material collected during expeditions in Alaska, from north of the Arctic Circle on the Colville River, to areas further south in Denali National Park. This work is part of joint programs among the National Park Service, the University of Alaska, the University of Kansas, and Hokkaido University in Japan. In addition to the discovery of Pachyrhinosaurus perotorum as a new species of horned dinosaur, further discoveries are yet to be made!

Check out the manuscript about Pachyrhinosaurus perotorum authored by Fiorillo and Tykoski.

A Diminutive New Tyrannosaur from the Top of the World

The discovery of Nanuqsaurus hoglundi was featured in the “Top 100 Stories of 2014” by Discover magazine. Our “pint-sized T. rex” is on the list with other amazing science stories of 2014 including comet landings, dwarf planets, major epidemics, and more.

The Perot Museum’s curator emeritus Dr. Anthony Fiorillo and Dr. Ron Tykoski, vice president of science, co-authored and published a paper announcing a new genus and species of a tyrannosaur that once roamed the ancient Arctic lands of Northern Alaska. This new animal has been formally named Nanuqsaurus hoglundi.

The first name honors the Iñupiat people whose traditional territory includes the land where these bones were found, and the second name is in honor of Dallas entrepreneur and philanthropist Forrest Hoglund, whose extraordinary leadership helped raise $185 million to build the Perot Museum. The Nanuqsaurus, which loosely translates to “polar bear lizard,” is a pint-sized cousin to one of the most revered dinosaurs of them all — the Tyrannosaurus rex.

The scientific paper describing the find — entitled “A Diminutive New Tyrannosaur from the Top of the World” — has been posted on the prestigious science journal PLOS ONE, an international, peer-reviewed, open-access online journal that features reports on primary research from all scientific disciplines. Read their entire manuscript here.

Fiorillo discovered what is now known as the Nanuqsaurus hoglundi in 2006 while excavating Alaska’s North Slope in the Prince Creek Formation. The excavation site — about 13 x 13 feet in size — is located almost 400 miles northwest of Fairbanks and many miles above the Arctic Circle on lands managed by the Bureau of Land Management. The research was funded by the National Science Foundation Office of Polar Programs.

While a typical adult T. rex might have been 40 feet in length and weighed 7 to 8 tons, Fiorillo and Tykoski estimate the diminutive yet fully grown Nanuqsaurus would be approximately 25 feet long and weigh 1,000 lbs. Fiorillo and Tykoski assert that the reduced stature might be attributed to Alaska’s ancient climate, the isolation of the area, and the limited food resources at the time.

“The North Slope was isolated by the Brooks Range, and with it being dark half the year, there probably wasn’t a lot of food up there. Over time it would have become more advantageous for the Nanuqsaurus hoglundi to have a smaller body size,” said the authors.

They added that examples of animals adapting for survival in isolated environments include the large mammoths stuck on a Russian Arctic coast island that evolved to the size of a cow and monitor lizards that tripled in size to become fierce Komodo dragons.

“The ‘pygmy tyrannosaur’ alone is really cool because it tells us something about what the environment was like in the ancient Arctic,” said Fiorillo. “But what makes this discovery even more exciting is that Nanuqsaurus hoglundi also tells us about the biological richness of the ancient polar world during a time when the Earth was very warm compared to today.”

Nearing my 81st birthday, I’ve been called an old dinosaur a number of times in my life, but I guess now the name fits! On a serious note, I’m deeply honored to have the Nanuqsaurus hoglundi named for me and my family’s work on behalf of the Perot Museum.

Where to find our discoveries on display

Travel through the ages studying everything from ancient animal bones and rare fossils to the bodies and behaviors of modern-day animals.

Discover Earth's greatest wonders as you gaze into the eye of the storm, feel the ground shake beneath your feet and marvel at a nearly fully articulated mammoth fossil. 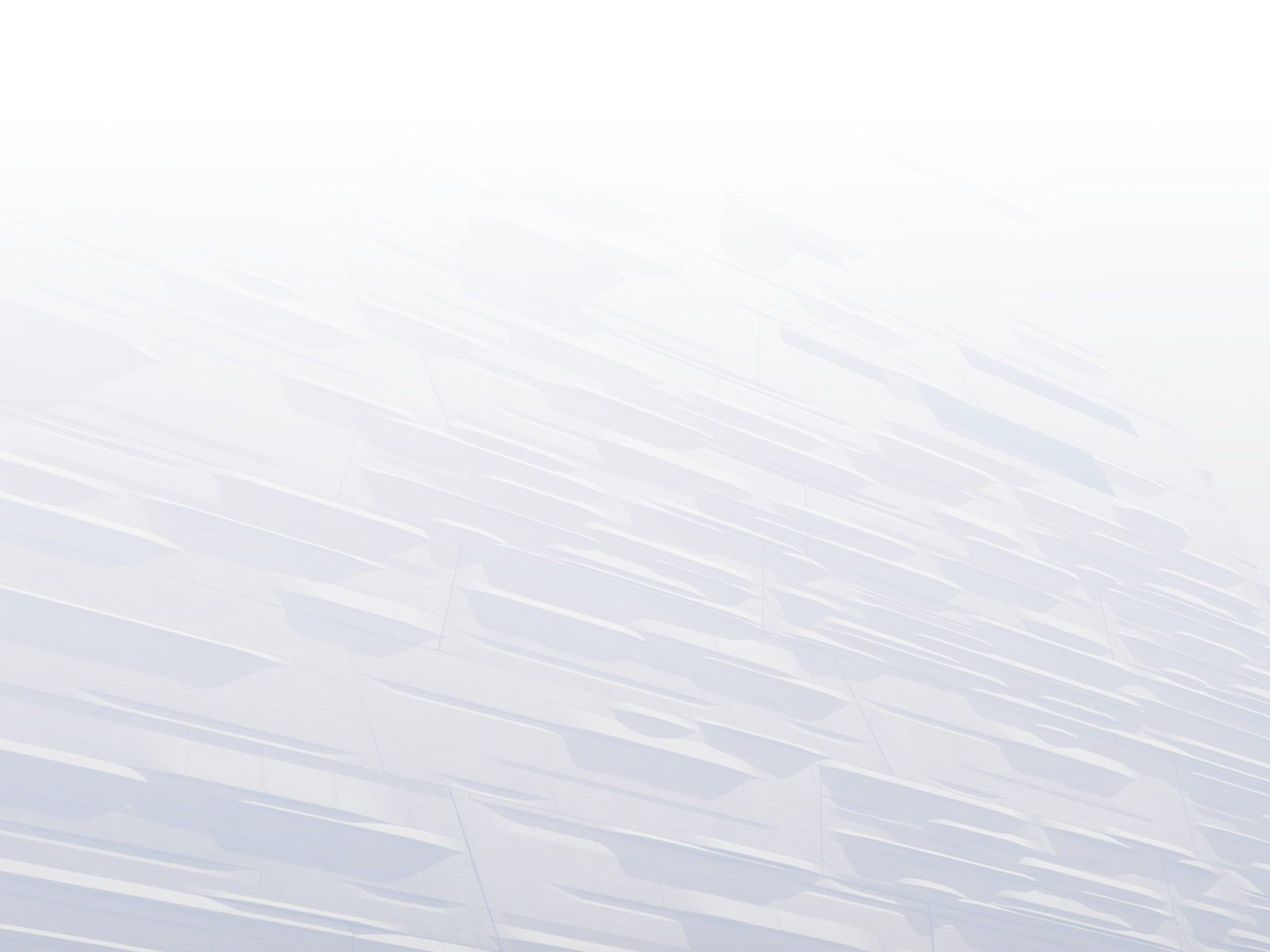 © 2023 Perot Museum of Nature and Science